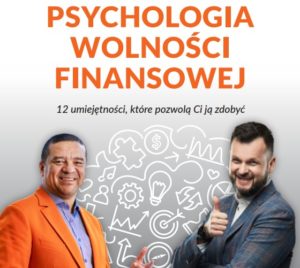 C2S acomplished – I am going back to Warsaw?

Dear Friends, I am happy to report that my long road trip from Capetown (South Africa??) to Sydney (Australia??) is now over. After a few months, after covering well over 30,000 kms, mostly on public buses in which I have spent over a thousand hours, after visiting close to 50 countries in Africa and Asia, I finally arrived at my destination.

As you might remember, this trip, as long as it was, was but only a warm-up before next year when I plan to do Harambee 195, otherwise known as Project 195/365. In 2021, I plan to visit all 195 member states of the UN within 1 calendar year to raise money for buying flats for young adults leaving foster care in Poland??.

So we used this C2S roadtrip to test the Project 195/365 concept. My job was to test the doability and the logistics of travelling at a pace of 16 countries a month. I tried to determine what is the bare minimum of clothing I can take with me to stay within the cabin baggage limit of 8 kgs without the ability of doing laundry daily yet without also being too obnoxious to my fellow passengers. I was also monitoring the speed at which my passport pages were geting filled up with visa and entry and exit stamps. I was also learning to take photos (you might find it hard to believe, but over the past 20 years of my travels I had never taken even a single one!!!) and making video (for the very first time in my life!!!) and remembering to do the required daily uploads onto a cloud.

My Fridomia Foundation team back in Warsaw?? and Zurich?? (that’s where Emilian, the very competent and organizer Project Manager lives) apart from running the project work were also testing how best to make social media posts, testing their English skills, measuring the time needed for archiving and describing the thousands of pics I would send them, testing how best to support me when I needed to buy last minute plane tickets or needing to urgently pay for an e-visa I forgot to arrange or forgot to double check for validity.

Most of those tests went pretty well although we will sit down and do the final analysis and conclusions on my return.

I also made thousands of bullet point notes for my upcoming new book – a subjective ranking of all countries in the world from a guy who’s visited them all, at least twice.

One aspect that I decided last minute, at the Lisbon Airport??, on my way to Africa, to also test was the fund raising. That did not go very well at all. Even though Slawek and Vali each contributed generously, to the Best of my memory, no one else joined them☹️

I already had a dinner in Sydney to sincerely thank Vali and I will contact and invite Slawek for a dinner when I return to Europe. We will go to dinner either in Warsaw?? or in Belgrade?? where Slawek lives.

Perhaps this is too small a sample to draw many conclusions yet but at this stage of our Project, it might seem that people living outside Poland? are more generous than those living within??. I hope not but just in case it is, that is also one of the reasons I chose to write this post in English??? I do hope still that many of my Poland-based fans, Fridomiacy i Fridomiaczki, will also demonstrate their strong support of the charitable cause that I have proposed by making their contributions??? either to the Foundation Fridomia bank account provided earlier or/and by buying the “Pomarańczowa wolność finansowa” book. I will be grateful ???? for each and every contribution, no matter how small.

For several reasons, C2S was not meant to be a typical tourist trip. First, its fast pace and compressed time mean there is Little left for anything other than “catching the next bus”. Second, my focus is on gathering materials for my next book. Third, even though I am not their greatest fan, I had been to most of the tourist spots before. And on more than one ocassion when I revisited, I had found out that – to quote Sade – “It’s Never As Good As The First Time”.

The most memorable adventures so far were the unpleasant incidents in Lusaka, Zambia?? and Beirut, Lebanon??, the tough road between Somaliland?? and Djibouti??, visas which had expired before I arrived in Djibouti?? and Sri Lanka??, the policeman I managed to upset in Kuwait?? (he got mad after I asked him not to shout at me because I am not his son?, my request blew his fuse). I enjoyed great media attention in Kenya?? and in Australia?? and came very close to giving interviews to fellow passengers in the DRC??, India?? and in Bangladesh?? – surprising how many people you meet on a bus turn out to be journalists?

Met a few Kenyans and lots of Poles on the way, including 5 Poles and 1 Kenyan bus driver on a bus in Doha, Qatar??. It was one of the rare chances for me to be switching back and forth from Polish to Swahili in a third country?. Of the two very independent Polish backpackers travelling single for 10+ months though Asia both were young girls. The best exemplification for me of the gender equality. Go Magda!!! Go Basia!!!

I was also priviledged to have had organized especially for me 3 meetings of large groups of Polonia. I made a short presentation of the Fridomia Foundation projects in Bangkok?? (dzięki Piotrek???) and 2 even larger presentation to two different groups in Sydney?? (dzięki Olga, Bogdan, Wojtek, Adrian i Marlena ???)

Touch wood because my trip is not over yet, but so far I have not lost or had anything stolen from me. I also did not succumb to any illness, even though I have been travelling through some of the countries neighbouring China?? or others badly affected by the coronavirus, such as Singapore?? Perhaps more affected economically than medically, but still.

What did change my travel plans somewhat was the shooting in Iraq?? of an Iranian official??. Instead of travelling through both of the countries, I flew from Kuwait?? directly to the Maldives??, overflying also Pakistan?? (one of the most problematic visas to get these days). On the other hand, I was very pleasantly surprised by how easy it has become to travel as a tourist to Saudia Arabia?? – for Poles it is a simple to get visa on arrival and for all – all smiles, tourist brochures and open arms “welcome to the Kingom of Saudia Arabia, sir!”

But what surprised me the most happened on both ends of my C2S trip. What an amazing coincidence!!! Or was it just only a pure coincidence? I am begining to think not…

On my last day in Capetown??, the city threw a huge street party to celebrate the initiation of Christmas season decorative Lights?????. There were concerts, people dancing on the streets, smiling, hugging strangers like myself. I had not expected this and had heard nothing before of this Capetown tradition. At the time, I did not see this event that I had chanced upon as a send-off for me on my long roadtrip.

But hey, exactly the same thing happened on my last day in Sydney??….

Except that the Mardi Gras parade even overshadowed the Cape party. Watching the floats parade less than 10 feet away from me, the colourful crowds, feeling the love that evidently “was in the air”, I had a feeling the whole of Sydney, actually the whole world (one could hear all sorts of languages spoken by the spectators?????️) came together to celebrate the safe end of my long roadtrip.

My eyes filled up with tears of joy and very, very deep.. gratitude???

PS yesterday I started making my way back to Poland. I am now in Auckland, New Zealand??. Despite the relatively warm winter this year, I feel it might still be too early to return to Poland?? by taking a direct flight from here?? via Dubai?? or LA??. So I will buy some time by re-visiting some of the South Pacific ? islands on my way back. Instead of 2 flights to Poland??, I will end up taking 15 or even 20. Sorry Greta!???